5 Things Not to Do When Someone Is Angry With You 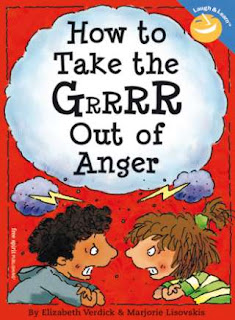 Anger is scary.  I react to it like I'm a little kid and the world is ending.  It says 'grrr' and I turn to run away.  I want to learn to react like a grown up, with some grace and stability.

Some segments below have been tailored from the original source to directly address PWBs (people with borderline personalities).

FIVE THINGS NOT TO DO WHEN SOMEONE IS ANGRY WITH YOU 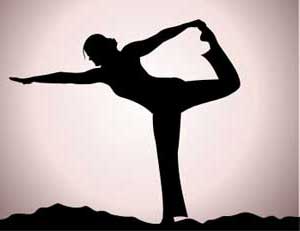 SO, WHAT SHOULD YOU DO?
Specifically, this last one means you still have to eat, sleep, exercise, hydrate, go to work, and take care of any children or pets in your care, and, if possible, do extra little things to nurture yourself like bake cookies or go for a long walk and smell the warm spring air and accept a world where someone being mad at you can coincide with an unseasonably sunny Saturday in the impossible month of February.
The world hasn't ended.
Watch Grey's.  Go to sleep.  Wake up tomorrow.


Posted by borderlinePhD at 9:53 PM 7 comments: 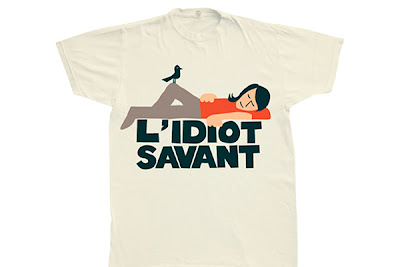 One question that comes up repeatedly at public readings from Girl in Need of a Tourniquet goes something along the lines of 'how did you gain perspective on your own symptoms?'  They want to know how I am able to see through the haze of borderline cognition to see and accept my own complicity in the painful experiences I describe.  Most of the time the question makes me feel special, like I am a borderline savant who is gifted with insight into her own flawed perceptions, but the truth is that the insight comes from other people.  I see the emotions I'm experiencing as authentic reflected in their faces as false and strategic.  It has often been the case that I ran the other way when I saw this distorted reflection because I believed the person was seeing me the wrong way, and I wanted to hide to protect myself from the unfair picture.
Occasionally I can admit that what they are seeing is accurate.

Sadistic verbal attacks?  Yes, I've made a number of them.
Wild swings from idealization to devaluation?  Definitely, over and over again.
Paranoid misinterpretations of other people as hostile and out to get me?  Again, yes.
Sudden frightening bursts of anger?  In the words of Natalie Portman, 'Don't test me when I'm crazy.'
The one saving grace in this awful picture is that once I see the behavior for what it is, I am generally able to change it.  I am holding on to this glimmer of hope today because I just saw a whole new set of personality disorder symptoms in myself, and they are not attractive and, more importantly, not functional.  Sometimes I wonder if maybe I made this whole  being borderline thing up.  Like maybe there's nothing wrong and I just went all Lauren Slater metaphorical on borderline personality disorder and used it as a narrative device to capture the feeling of being in extreme emotional pain, or worse, maybe I made it up as an excuse for bad behavior like one of my Feminist Disability Studies students said on Thursday about how people abuse diagnoses by using them to get away with things.  I said her comment was ableist.  I said those defenses are symptoms, too.  She looked frustrated.  I think maybe she wished I would hear what she was saying about the importance of accountability despite the diagnosis.

Just as I begin to wonder about whether my diagnosis is real (and just as I block a student from addressing crip accountability), the psychoanalytic karma fairy drops  a whole new load of 'behaviors' in front of me, and I realize something. You can call it being borderline or having a personality disorder or just being a bad person - who cares what anyone calls it, who cares where the line being normal bad person and abnormal bad person is when you hurt someone you love and then watch yourself like a character in a bad movie trying to get off scot-free instead of sticking around to deal with the pain and anger directed legitimately at you (at me) - it is not okay to hide out inside a false reality where you are  always seen as right and good, or, at worst, wrong but impaired.
So anyway, long story short, I'm a defense machine, and I am pretty grossed out by my defenses right now, so in the interest of seeing them for what they are, and towards the end goal of us PWBs (people with borderline personalities) and people in general, really, being honest and accountable for our hurtful behaviors, here is the list I made today of my tactics for avoiding responsibility when I do something wrong: 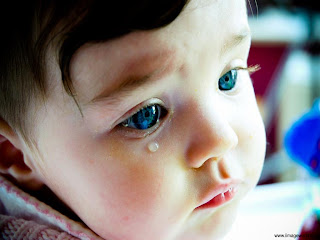 I kept my one-year-old niece last weekend, and I noticed she cried really intensely every time I told her no (like, no don't pull that drawer out, or no don't grab the dog's tail), and I sort of identified with her, thinking hey I don't like to be criticized either.  Crying is not simply the expression of pain and sadness.  Crying is a defense.  The thing is, she's one and I'm thirty-eight and acting like a baby.  Self-pity does not wear well at this age.  I'm still groping around for a model of what mature regret looks like, though.
I'm hoping the people who follow this blog will explain it to me like I'm five.
Draw me a picture.  I want to do better.

Posted by borderlinePhD at 2:48 PM 7 comments: